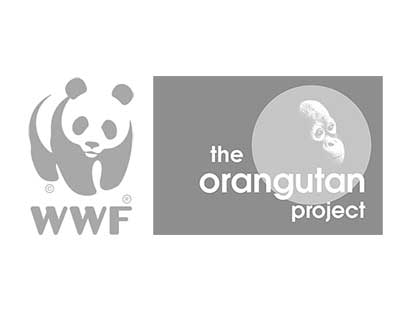 We provide conservation support to numerous organisations dedicated to helping our environment and animal welfare. These include World Wildlife Fund (WWF – Australia) and The Orangutan Project (TOP). 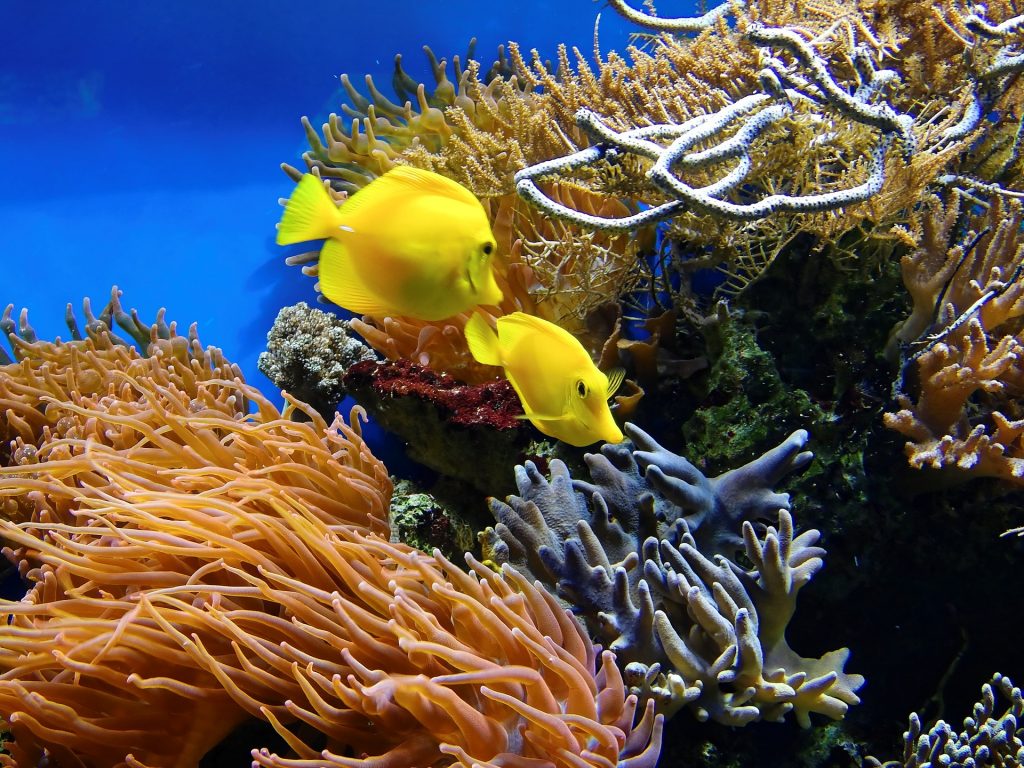 Organic Times have been members of the WWF Australia since 1999. We have been providing a monthly donation for more than 19 years, to support WWF’s global mission to stop the degradation of the planet’s natural environment.  Our conservation support goes to helping WWF achieve the following:

According to WWF Australia, the demand for palm oil plantation has destroyed vast swathes of rich, green rainforest. This threatens the habitats of endangered species like orangutans, elephants, rhinos and tigers and robs Indigenous people of their land and livelihoods.  Other environmental fall-out include: air, soil and water pollution, soil erosion and climate change. 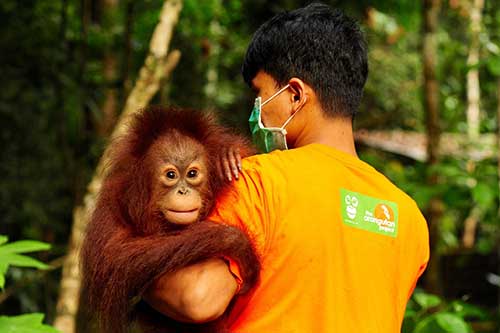 We have proudly added two members to our OT family by adopting 2 orangutans within TOP’s Adopt an Orangutan Program.  Our guardianship supports jungle school training, food and medical costs and intensive post. Also release monitoring to ensure they are both free, safe and thriving in their jungle home.

By donating to the Save Forest Program, we are helping to save the orangutan species by saving their remaining forest habitat. The program provides Wildlife Protection Units, Orangutan Rescue Units and Wardens who patrol the forest and keep it protected from illegal loggers and poachers.
For every single ranger employed, over 20 orangutans can be protected each year.
Our monthly donations of conservation support help to protect 4km² and six orangutans’ habitat. 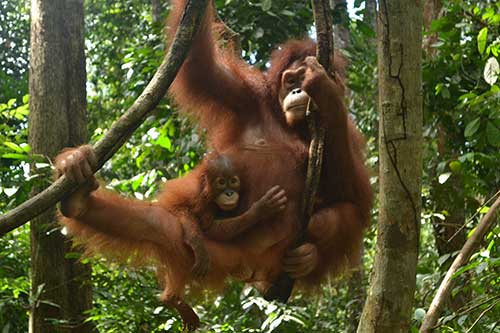 According to TOP every hour 300 football fields of precious remaining forest is being ploughed to the ground. In the last 20 years, over 3.5 million hectares of Indonesian and Malaysian forest have been destroyed to make way for palm oil. Due to this, almost 80% of orangutan habitat has disappeared in the last 20 years.  We are losing over 6,000 orangutans a year and there are now only 400 Sumatran tigers left in the world.

Read our blog article to discover more about why Organic Times products are Palm-oil free and POI approved.

Please take the time to check out the great work done by WWF Australia and The Orangutan Project. 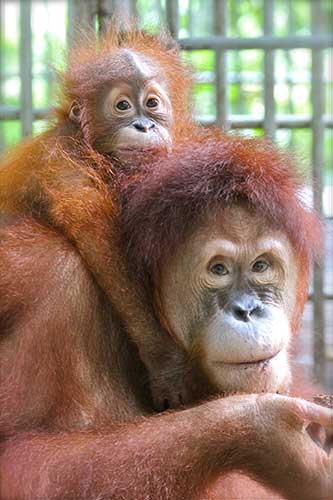 In 2013, female orangutan Sam was rescued from appalling conditions in a Malaysian zoo. After initial care at the SOCP Orangutan Quarantine Centre in North Sumatra, she was soon transferred to the Bukit Tigapuluh (BTP) rehabilitation and release program in Jambi.

Despite her tough start in life, we wanted to give Sam every chance to live in the jungle. We knew this would be a long journey since she had spent her whole life in captivity. Sam was housed in a pre-release enclosure and began her rehabilitation journey. This included being given forest foods such as fruits, leaves and termites to eat and foliage to learn how to build a nest. She could also watch and learn from other orangutans nearby climbing in the canopy and foraging as they participated in forest school outings.

We were surprised and excited in 2015 to discover that Sam was pregnant to a released and now wild orangutan named Rocky. However, Sam’s pregnancy changed everything. Despite her progress and plans to release her in the near future, Sam would be too vulnerable to return to the wild while pregnant and for some time after the baby’s birth.

Little Cupcake was born in June 2015 and Sam has been a devoted and attentive mother. She has successfully nursed baby Cupcake and introduced him to solid food. Firstly by chewing it and then passing it to Cupcake to eat. Cupcake is an active, cheeky and adventurous little boy! The pair have been working towards freedom and a new life. Learning the skills they’ll need for independence and survival in the wild.

This information is courtesy of The Orangutan Project.

Sign up to our newsletter for the latest news, recipes and more

Winter is here! And it feels like it’s going to

The Ultimate Gift Vision Board for Mum! Whether s

Are you ready for Mother’s Day? Pink Almonds -

Load More…
Winter is here! And it feels like it’s going to

If you continue to browse and use this website you are agreeing to comply with and be bound by the following terms and conditions of use, which together with our privacy policy govern Organic Times’s relationship with you in relation to this website.

The term ‘Organic Times’ or ‘us’ or ‘we’ refers to the owner of the website whose registered office is 30 Sydney Road, Bayswater, Victoria, Australia. The term ‘you’ refers to the user or viewer of our website.

If purchasing Butter from our online store, you are agreeing to the following:

The use of online promotional codes is subject to the following terms of use:

Spend $100 or more and receive 20% off exclusive promotion.