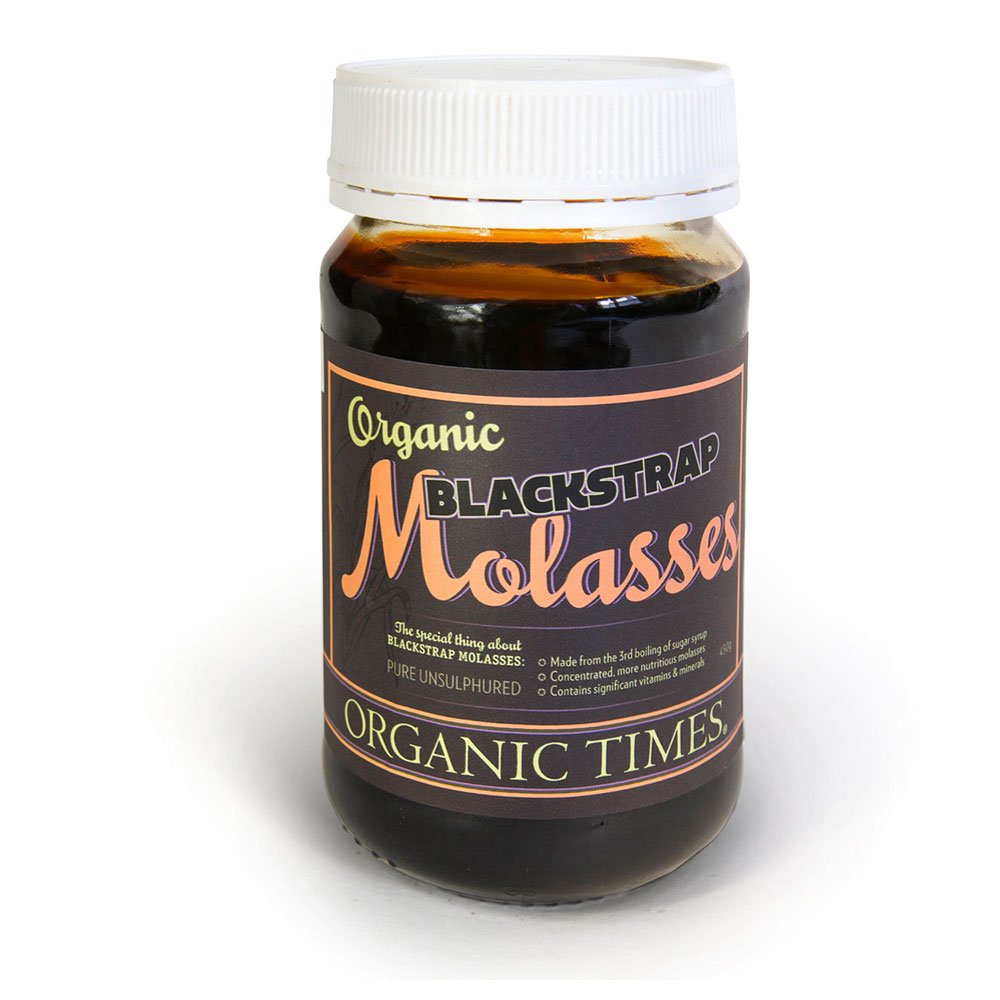 Molasses is a dark, sticky syrup — the by-product of the sugar production process. During this process, the maximum sugar is boiled out of the sugarcane to create sugar crystals for the various refined sugars. The sugar crystals consist mostly of sucrose and they’re left with no nutrients, as all the nutrients concentrate into the molasses as the syrup is cooked down. It is then produced in three stages: light, dark, and ultimately blackstrap molasses — the most nutritious of the sugars. It is the syrup produced after the third-boiling of the sugar syrup.

We believe ours is best: certified organic, unsulphured, no GMOs, high quality.

Organic Times Blackstrap Molasses is made from mature sugarcane that’s grown without the use of harmful synthetic pesticides or fertilisers. Waiting for the sugarcane to mature, enables it to be preservative-free (as opposed to molasses made by a faster process where younger cane is used therefore sulphur dioxide gets added as a preservative). Organic production also means no GMOs are used, unlike other varieties on the market.

We have sampled quite a few different products and ours is simply the best. In lab tests among other similar products, our molasses has been recorded with the highest nutritional content overall. We are now known by our manufacturing customers to provide the best around due to its proven quality as both a stand-alone nutritional additive, and an ingredient in produced goods.

Where does molasses come from?

Sugarcane was originally grown in south-eastern Asia and the Pacific for chewing! According to the Kew Royal Botanic Gardens, who have an extensive economic botany collection, sugarcane may have originated in New Guinea as far back as 6000 BC. The rind was simply removed then they sucked the juice and chewed the cane.

The process of making sugar by boiling cane juice first took place in India around 500 / 1,000 BC. It then took quite some time longer to spread to the rest of the world. Columbus reportedly introduced sugarcane to the West Indies around the 16th century, then consequently the West Indians produced molasses that the opportunistic Columbus traded back to the colonies. Molasses became an important product in Colonial trade. At the time, it was predominantly used for making rum, as well as beer, baked beans, brown bread, pudding, pie, for curing meats and pickling fish, and for medicinal purposes. Apparently, the founders of Georgia used molasses as a reward to entice settlers there!

An interesting fact: in 1919, a wave of molasses syrup, more devastating than a tsunami, flooded the streets of Boston when a molasses tank exploded! If you’re up for an interesting read, there’s a book ‘Dark Tide’ by Stephen Puleo.

Fast-forward a few centuries, and the use of blackstrap molasses was re-popularised during the health-food movement of the mid-20th century and continues to be used today. 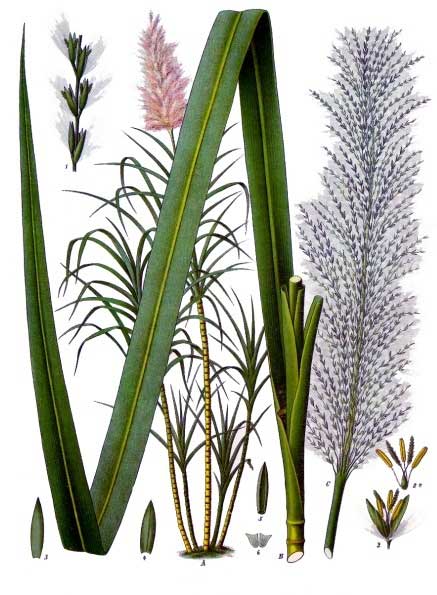 What are the health benefits?

Blackstrap molasses is a healthier alternative to processed sugar as it has a moderate GI of 55 plus it has the highest number of antioxidants compared to refined sugars. It is a good source of iron and also contains several other minerals and vitamins such as calcium, copper, magnesium, manganese, selenium, potassium, vitamin B6 and niacin. In time gone by, a spoonful was a remedy for an upset stomach and a general system cleanser!

Use sugary drinks and sweets sparingly as per the Healthy Eating Pyramid. Organic, blackstrap molasses — is a healthier sweetener, such as rapadura, compared to white crystallised and other refined sugars including brown sugar, etc. It’s about wholefoods and a balanced, sensible diet. Wholefoods meaning least processed. Molasses is okay for us in moderation and a good source of iron especially for vegans and anaemics but there are other especially good sources of iron too.

Blackstrap is significantly more bitter than regular molasses, with a robust flavour. Unsulphured molasses is the choice, as the sulphuring influences the flavour and leaves it with a distinct chemical taste and is less sweet.

Be mindful of substituting it 1:1 in your recipes, as the strong flavour may be too bitter for your tastebuds. We love the pronounced taste, but you may find it over-powering. Think of it like rich, dark chocolate. It suits recipes that require a dark, earthy, bittersweet element. Have some fun and get familiar with it; you can experiment by balancing it with other natural sweeteners such as honey, maple syrup or rapadura sugar.

Blackstrap molasses is great in savoury dishes, as the bitterness of it is balanced by the sweetness in the recipe. You can try making your own baked beans, barbeque sauce, teriyaki marinade, etc. Alternatively, play with some sweeter treats such as gingerbread, raisin-almond bliss balls, smoothies, biscuits, etc.

We recently seen our very own Molasses used in 2016’s Masterchef. It was used for making onion jam to accompany kofta skewers. Check out our version of Onion Jam here.

Add Molasses to your diet by using it in some of our delicious sweet and savoury recipes here.

Sign up to our newsletter for the latest news, recipes and more

Winter is here! And it feels like it’s going to

The Ultimate Gift Vision Board for Mum! Whether s

Are you ready for Mother’s Day? Pink Almonds -

Load More…
Winter is here! And it feels like it’s going to

If you continue to browse and use this website you are agreeing to comply with and be bound by the following terms and conditions of use, which together with our privacy policy govern Organic Times’s relationship with you in relation to this website.

The term ‘Organic Times’ or ‘us’ or ‘we’ refers to the owner of the website whose registered office is 30 Sydney Road, Bayswater, Victoria, Australia. The term ‘you’ refers to the user or viewer of our website.

If purchasing Butter from our online store, you are agreeing to the following:

The use of online promotional codes is subject to the following terms of use:

Spend $100 or more and receive 20% off exclusive promotion.